Shelley, an English writer who was born in 1797, came up with the idea for Frankenstein while holidaying in Lake Geneva with her husband Percy Shelley, her step-sister Claire Clairmont, Lord Byron (who’d had an affair with Claire Clairmont and got her pregnant) and Byron’s physician John William Polidori.

The weather was a bit of a washout during their holiday and they spent their evenings entertaining each other with ghost stories. Eventually Byron suggested they should all write a ghost story of their own. And that’s when Shelley began to write Frankenstein. She was only 19 at the time.

I can’t imagine the world of horror without Frankenstein’s monster in it. Shelley inarguably created a timeless monster. 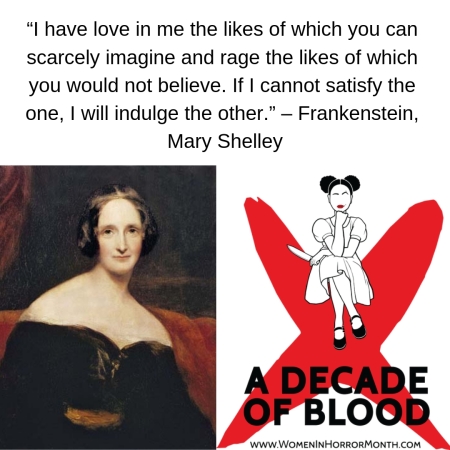