Today I’m choosing film producer and screenwriter Debra Hill who co-wrote the script for Halloween and The Fog with John Carpenter. She also produced the film Clue which, although not strictly horror, was a favourite of mine as a kid – all that murder and silliness and Tim Curry and Madeline Kahn!  🖤 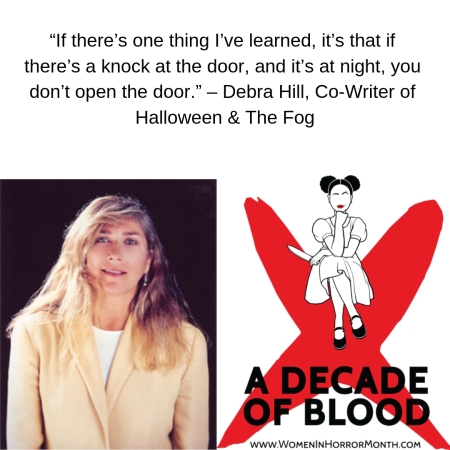