There’s just 6 weeks to go till A Storytelling of Ravens makes its deranged self known.

Bizarrely, it all began with a clutch bag and a night out with friends in the winter of 2015. That is, the clutch bag gave me the title idea and I was very much drawn to a painting on the wall above the table in the Italian restaurant we were in – not only because coincidentally (or not) it also featured ravens, but because it was, well, rather odd. And I love odd. 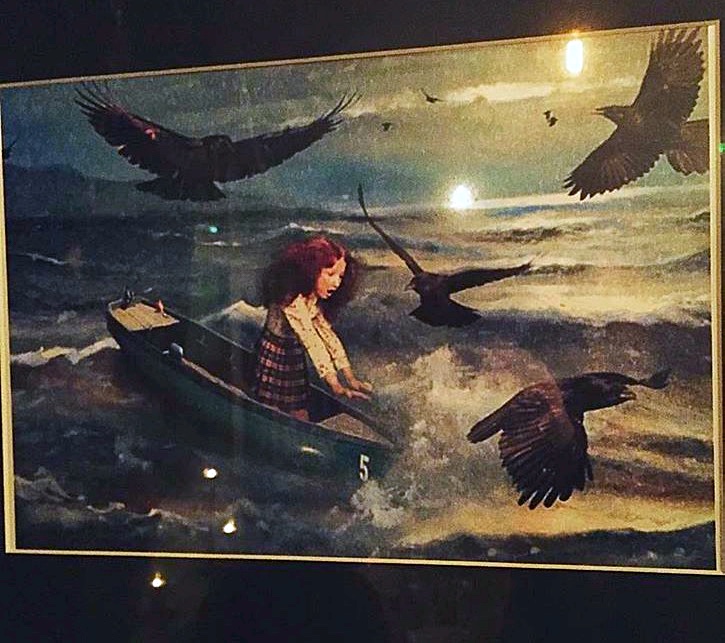 The painting (by an unknown artist).

Following that particular night in Martino’s – having drunk lots of Rioja and pondered quite deeply why someone had painted a little girl in a boat surrounded by ravens, which coincided too freakily with my bag – I knew I had to write a story that had ravens in it, but aside from the title and picture prompt I wasn’t sure what would happen or who would be in it – apart from the red-headed girl, of course. She had to feature.

Fast forward about three months (while I was still finalising Emergence), the story in its entirety came to me one night in a trippy, sleepless fug of prednisone-wired mayhem during a bout of sudden illness. After which point Ravens sort of wrote itself. Well, no it didn’t. I very specifically remember typing it with hands that wouldn’t have known the difference between the core of Hell’s fiery coal-pit and the icy casing around Cruella Deville’s heart. But the story did knit itself together and the characters revealed themselves with explosive clarity: four key players seemingly trapped in an unpleasant environment, each claiming they had no idea why. From that point on Ravens was set to be a dark tale of obsession, largely playing on negativities such as hurt and paranoia, while exploring the uncomfortable confines of claustrophobia to its fullest extent.

Overall I’d say Ravens turned out to be a huge positive taken from something negative, and it kept me sane during long dark months. Now I’m very excited that it’s almost time for it to spread its demon-black wings and fly. 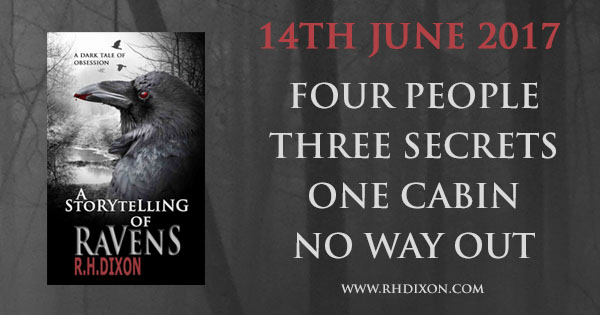 Currently Ravens is available for pre-order from these e-book outlets: AMAZON * AMAZON UK * KOBO * ALL OTHER E-BOOK RETAILERS

Paperbacks and hardbacks will be available from 14th June onwards. I’ll post links on here as soon as I have them.

3 thoughts on “The Story Behind ‘Ravens’…”